My friend, the drone 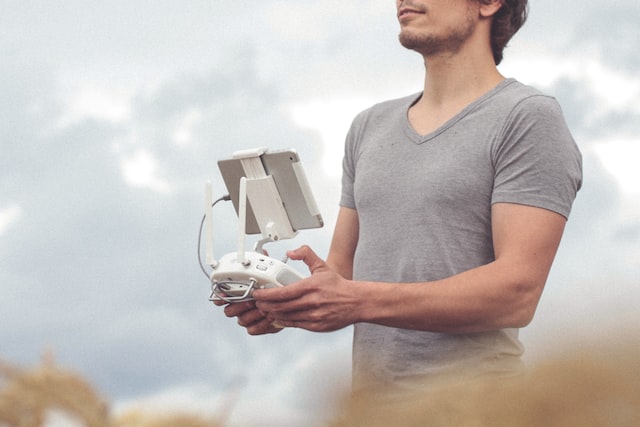 Unmanned aerial vehicles are no longer in style, but a mega trend

We are used to drones flying overhead, but we are still impressed by the unearthly beautiful photos and movies taken with them. Every few months, new models of mini robots get introduced on the market, which serve various businesses and organizations. They are especially useful in places that are inaccessible to humans. In the reality Covid, when many people keep their distance from the world and have limited their travels, bird-eye photographs and videos are among the few hyper-realistic pleasures and the only way to enjoy foreign views.

It was developed between the two world wars in Britain as an unmanned aerial vehicle for reconnaissance and military purposes and was remotely controlled by radio. In 1933, one or two devices broke and crashed, but the inventors managed to create a model that stood the test of time.

The unmanned aerial vehicle, called a drone (from the verb “idler” in English, also meaning “drone”), was launched for mass production in 1951. And since then they have been developed in different sizes, a common characteristic of all is that they are small and light to make it harder to spot. Technology has expanded its capabilities and improved at an ever-increasing rate over the last two decades.

What can it do

Smaller, lighter, faster and more maneuverable than manned aircraft, the unmanned aerial vehicle is manually controlled and can fly at low as well as extremely high altitudes. It is equipped with high-definition video cameras not only to monitor, but also for the operator to look through the camera and control the drone. Newer models do not even need an operator, they are autonomous – they fly and perform various functions without continuous human involvement in them.

The materials from which they are made absorb vibrations and reduce the produced noise. Drones have infrared thermal video cameras, heat sensors, and radar, all of which enable complex and constant surveillance and video recording. They can be equipped with a laser, GPS that determines the location and equipment that allows the interception of calls from a mobile phone, and some are even capable of recognizing faces.

It’s a bit disturbing to know that anyone can track and spy on you via drone, but the technology is extremely useful for:

– survey of lands and buildings,

– for searching and rescuing victims,

The adoption of drone technology has jumped from its fad phase into a mega trend as more and more companies realize the potential of drones and a huge number of people explore and use them simply for fun. According to Insider Intelligence, consumer drone shipments will reach 30 million by the end of 2022.