Masterpieces of architecture and engineering, rightly called "miracles" - from ancient Babylon to the present day

We associate green roof gardens with modern life, urbanization and environmental sustainability, we perceive them as a breath of nature in dusty cities, but they are much more than that. Artificial green areas on the highest levels of residential, industrial and commercial buildings lower temperatures and provide coolness, save energy and purify the air by absorbing the fumes of poisonous gases, they are a space for growing different plants, but also for rest and play. And no, they are not a modern invention – their history can be traced far back into antiquity.

The Gardens of Babylon

Like most things from thousands of years ago, the first roof gardens were created in the ziggurats (pyramid-shaped temples) of Mesopotamia which date back to around 3000 BC. The gardens were a series of stairs – terraces around the pyramids, formed on different levels and from each of the levels it was possible to pass to another. Various trees and flowers were planted on them for coolness and shade under the hot sun.

There are legends about the most famous roof garden in ancient Babylon, because it has long ceased to exist, but, according to scientists, it the garden is an undeniable feat of engineering. The Hanging Gardens of Semiramis rose about 25 meters off the ground and had an elaborate irrigation system. It pumped water from the Euphrates River all the way to the top of the gardens, and thanks to it, greenery abounded on the stone structure. The gardens had platforms of varying heights and walls almost 5 meters thick, covered with creeping plants. According to archaeologists, they were created in the 6th century BC by King Nebuchadnezzar II for his wife Amitis, to soothe her sadness for the beautiful scenery of her native home in Media.

The Villa of Mysteries

Traces of a lavish roof garden have been found in the Villa of the Mysteries in the ancient Roman city of Pompeii, which suffered a tragic fate in the summer of 79 when Mount Vesuvius erupted and covered the city in the Bay of Naples with ash, rock and lava. When the researchers cleared the remains of the settlement at the beginning of the 20th century, they discovered a villa retreat of a wealthy family.

It has a spacious courtyard with an atrium, an underground water storage, numerous rooms with remains of rich frescoes and wall paintings and a roof with soil on which plants were directly grown. The garden at the top of the villa served as an outdoor living room, surrounded by an arched stone colonnade and it was restored in 2014.

With his private residence, Pope Pius II, head of the Roman Catholic Church at the dawn of the Renaissance, gave the earliest example of progressive urban planning in Europe as early as 1463. The summer palace designed by Bernardo Rossellini – Palazzo Piccolomini was built in the Pope’s hometown of Pienza in Italy. The three-story residence is crowned with many green plants and a sculptural composition of trees and columns. The whole of Tuscany can be seen from the roof gardens.

At the end of the 19th century, roof gardens started emerging in big cities, and among the first was that of the Casino Theater on Broadway Street in New York.

The building was unique for its Moorish Revival style, but also for the fact that it was famous for its roof garden. The transformation of the roof and the addition of greenery on it in 1890 made it possible to stage performances there in the summer months as well – something unheard of, because until then theaters only operated in winter.

The legendary casino theater was demolished in 1930, but it was an incentive for other public buildings, for example, Madison Square Garden, to install green gardens on their roofs, and this concept flourishes to this day in the “city that never sleeps”.

The Vertical Forest in Milan

Sky gardens are one of the 5 principles of modern architecture, according to the famous Swiss architect Charles-Édouard Jeanneret, who went down in history as Le Corbusier. Until the middle of the last century, he designed many buildings, some of them shocking, but he always argued that the roof should be flat in order to be the center of events in a building – a place for spending free time and for sports, that it is the ideal platform for planting vegetation.

His thinking instigated this trend and made it global, and among the most modern examples are the two residential towers in Milan, popularly known as Bosco Verticale (“Vertical Forest”).
One tower is 111 m high and the other 76 m high, and their green terraces cover an area of 8,900 sq. m. and both have a total of 900 trees and shrubs planted on them. The large-scale project is the work of three Italian architects headed by Stefano Boeri, but a huge contribution is also made by an impressive group of botanists and gardeners who crown the idea with success – Bosco Verticale has gathered admiring glances since 2014. 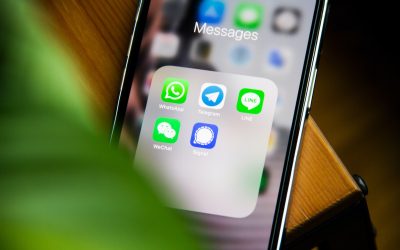 What is more sustainable: an email or an instant message? 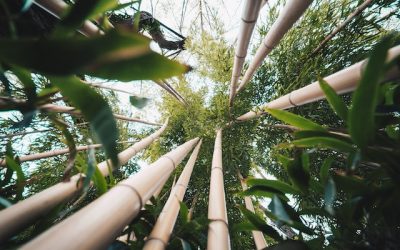 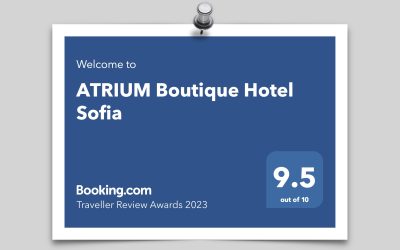